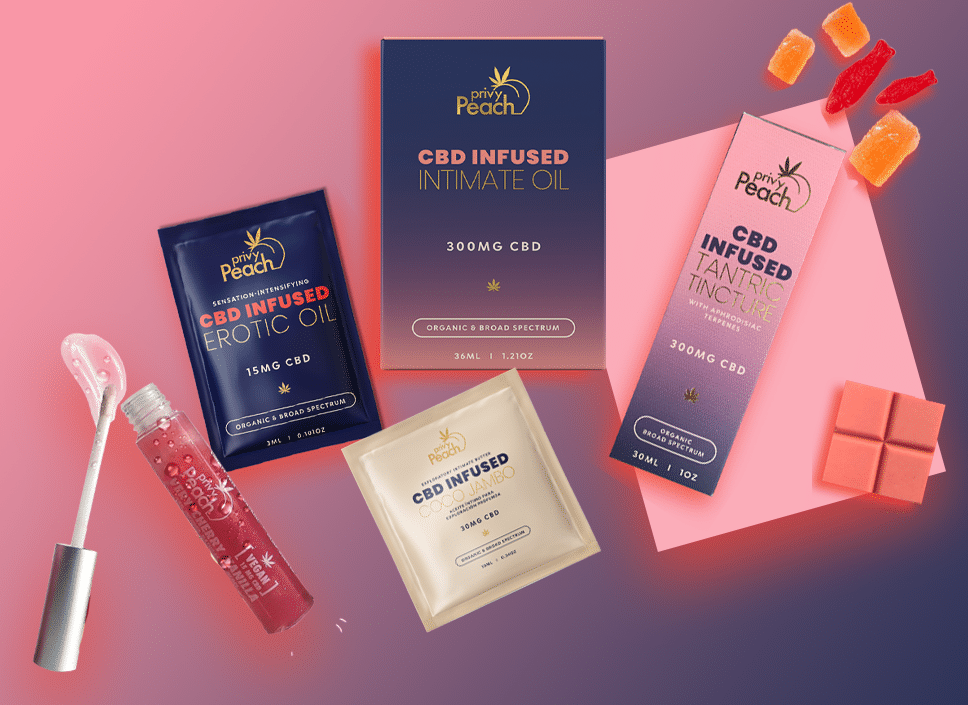 Conventionally, almost everyone seeks a medical or holistic product to deal with their health issue(s). Anyhow, in some cases, the treatment option given to them fails to work. That has made several people seek other treatment options, like therapeutic goods such as cannabidiol for an array of conditions. CBD is among the best-known phytocannabinoids available in the market in the forms of gummies, oils, tinctures, creams, and more. Studies indicate that cannabidiol may have therapeutic effects on people with pain, depression, anxiety, sleeplessness, and numerous other health issues.

Kim Koehler is the founder of Privy Peach, which is among the few CBD brands that specialize in sexual health. In the previous decade, Koehler successfully started many marketing and advertising campaigns. In the entrepreneur’s efforts, it became obvious that a considerable gap existed in marijuana goods made for women’s health.

That prompted her to research more into women’s problems and make CBD products that would help them with their issues, particularly those regarding sexual health. Privy Peach’s goods are made to aid in making women smell, look, and feel good. Those are the three important attributes for having a pleasant sex life.

Privy Peach uses only cannabidiol to make its formulations because the company felt that several consumers do not fancy using the mind-altering cannabis compound namely THC. When cannabidiol is extracted and made from approved industrial hemp varieties, it is possible to sell and ship it almost everywhere. The company’s goods include cannabidiol not only because it lacks psychoactive properties. The cannabinoid is also shown to have anti-inflammatory effects, which are potentially beneficial for several women’s health issues.

Koehler experienced serious pelvic pain when having sex for several years because of inflammation- and muscle-related problems resulting from previous trauma. Topical numbing drugs, pelvic therapy, and some other treatment options were prescribed for her, but those turned out to be ineffective. Consequently, she often cried after intercourse, which eventually prompted her to know more regarding cannabidiol and its potential benefits in that regard.

With that in mind, Koehler first focused on making a CBD-infused lubricant. She formulated it thinking that adding cannabidiol to a product useable during intercourse that directly goes to the problem areas could relieve inflammation. It is thought to have had that anti-inflammatory effect on not just Koehler but also many of Privy Peach’s customers who had earlier experienced a similar issue during sex.

Some people perhaps hesitate to use a CBD item as they do not know that cannabidiol is different from tetrahydrocannabinol. Keeping that in mind, Privy Peach attempts to help eliminate the stigma around cannabidiol. Besides using top-notch components, Privy Peach’s items are vegan and all-natural. Only organic components are added to the items. Besides, Privy Peach subjects all of its items to rigorous third-party tests to confirm that these have quality and reassure customers about what they would use.

Privy Peach from Koehler has been capable of reaching the most trusted CBD wellness brands fast. The products of the company are available to people in all US states, Italy, Mexico, France, the UK, Greece, and Spain. Her business enterprise donated CBD tinctures worth more than $10,000 at the time of the COVID-19 issue first affecting the United States of America. That donation was made to aid frontline medical employees in better treating the stress that they were experiencing at that time and resting peacefully at night.

The Privy Peach branding process allows its goods to blend in a perfect fashion with other items in the health and wellness space, like those available in shops such as Ultra, Bed Bath & Beyond, and Sephora.

Seeing how its goods have impacted people around the world, the company expects those items to be available to people in major retail destinations worldwide. The company also expects to provide easy and quick access to excellent CBD goods to the masses.

For more information regarding Privy Peach, you may go to its online site or follow it on Instagram, Twitter, and Facebook. With social networking websites, you can keep up with things such as the product launches of the company and more.