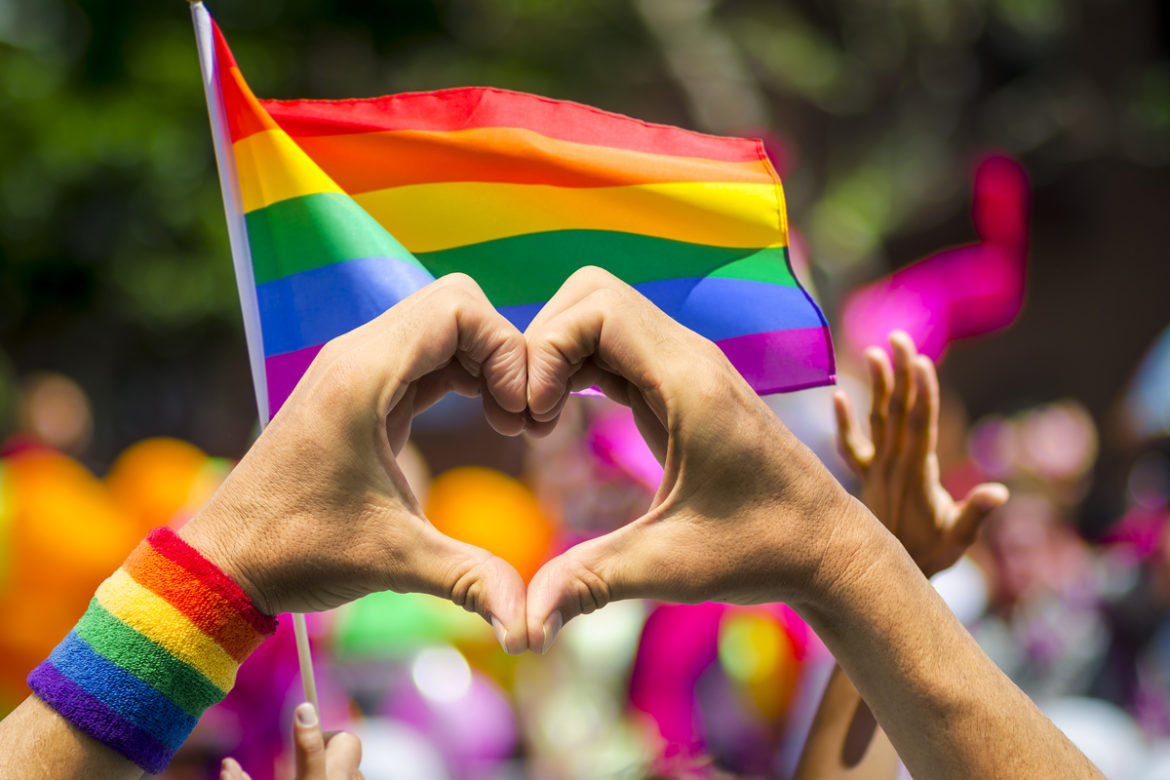 Los Angeles photographer and author Magnus Hastings’ book entitled ‘Rainbow Revolution’ is out, and it features portrait photographs celebrating queer identity. Hastings stated that the idea for the book project came as a fight for the LGBTQA+ community since the US had a period under Trump’s government. For the uninitiated, the former president was known for his anti-queer policies.

A good product to buy this Pride Month, his portrait book vibrantly, defiantly and joyfully explores cultural figures who are queer and have lived unconventionally. While there are cultural rainbows, the striking portraits are as one-of-a-kind as the groups and people in the book. Subjects from different positions in society represent the different backgrounds and sexual identities in the book. Each of those subjects expresses different things in their backdrops, poses and outfits.

Hastings’ first image for this book was that of Alaska Thunderfuck. Therefore, he sent it as a sample of his work whenever somebody wished to be part of it. To do the photography, Hastings built a pretty deep white box before inviting individuals to join it and express themselves in whatever way they wished to be viewed. That means he let those people decorate the space, go naked there, bring props to it, write things on it and so forth.

Hastings asked his subjects how they wished to be viewed five years down the road. While some of them just went for that futuristic look, others simply turned up in their outfits. When some of them painted the photography space, Hastings had to repaint it and hope that it would dry in 60 minutes. There were so many paint layers on the box that when Hastings destroyed it in Los Angeles, it was getting deprived of its edges.

He said that ‘no retouching’ was the thrust of his project. He wished the subjects to create everything from real life and tell their real stories. That wish was unsurprising, given Hastings’ theater and acting stint before he became a full-time photographer. The UK’s gay nightlife field inspired the photographer, as he started to capture colorful creators and characters there. That brought about exhibitions that attracted much attention at hotspots such as The Box nightclub in London. Hastings improved his talent to highlight his subjects’ most fascinating traits, which he feels got attention initially because of the numerous famous gays he could shoot.

Hastings said that it was clever to do celebrity photographs as it turned into a celeb portrait thing. He created big PVC print photo enlargements without knowing whether anybody would like those. Anyhow, he displayed those blow-ups and people started to check them out before TIME OUT published a feature about him. After that, queer press people started to use Hastings for their cover photographs.

Hastings’ first release, ‘Why Drag?’, explored the practice of people wearing their opposite sex’s clothes. He made the book after going to Australia, in which there was a thriving queendom. He had a busy career, with a focus on drag and celebrity work. Some of that work led Hastings to do a well-known NY drag photography show as well as a release from Chronicle Books.

After the success of his first book, Hastings became one of the guest judges for two different reality competition TV series with drag artists. Soon after, Hastings looked to cover the whole queer community through Gayface, a project that gradually evolved into the book titled ‘Rainbow Revolution’.

Following the release of ‘Why Drag?’, Hastings was hired to perform drag-related work for a few years. At that time, he wondered what his next book or project would be. Back then, everyone was using social media, so he thought about creating a project that he could launch there and could then convert into a book. He regarded square as the best form for the social networking space. Therefore, he not only created a box but also had each individual make a story in that space alone or with things such as fabric or props.

Hastings wished to be more inclusive, so he stopped doing drag for a project for the whole community, particularly trans people. Why? Because his earlier book had very little about trans drag.

Hastings released 150 photographs with white box backdrops online in 2018, and many of those went viral. WeHo Arts Council even commissioned Hastings for its real-life work version for 2019 Pride, which manifested digital billboards along Sunset Boulevard.

For Hastings, it was exhausting to convert an online idea into this book over the last few years and to shoot about 1,000 queer subjects in multiple cities. It entailed shooting 30 individuals daily, which was ‘insane’ in the words of Hastings. Anyhow, he regards the results as ‘exultant’, particularly with the essays from his subjects who candidly discuss their LGBTQ+ triumphs and struggles. The book represents the present gender identity and sexual shifts as well as how people express those proudly and publicly nowadays.

Unsurprisingly, the book cover has figures from LA’s nightlife and entertainment business. It was the recent Pride cover of LA Weekly. In Los Angeles’s nightlife scene, queer culture keeps thriving and inspiring.

Hastings expects that his work and book would boost queer personalities and voices as well as contribute to more unity and understanding in areas of the nation with discrimination. Hastings reminded us that when living in a Los Angeles bubble, it is easy to forget that individuals go through hell in places that are ‘less accepting’. He feels that there exists a younger population that is accepting of the sexual fluidity concept to a greater extent. Hastings expects to have a period where every person could stop attempting to get things right.

Visit Magnus Hastings’ website when you wish to learn more about him, plus his work and books.